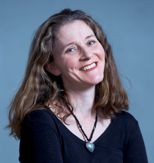 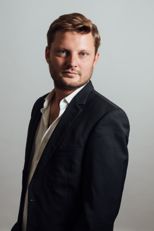 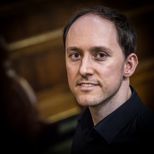 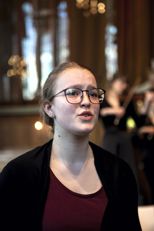 What does the St. John mean to you?

Lauren - I had already sung St John Passion as a chorister when I lived in New Zealand however I sang it for the first time as a soloist when I moved to The Hague to study at the Royal Conservatory. This project was so special because we had just 6 singers: Christus, Evangelist and SATB. So I was the only soprano and sang all the choruses and my arias. Whilst that seems quite a tough sing (and it was) I still prefer it to just singing the solos. The choruses are so fantastic, and normally as a soloist I can only sit
and listen to them, but can't join in.

Stephan - The Saint John’s Passion to me is the smaller, but prettier counterpart to the Saint Matthew’s. The arias are exquisite, and the piece as a whole is easier to grasp. The Evangelist’s part is more factual, and mentions many details. It’s quite a challenge to contrast this with other more emotional recits.

Pieter - The St. John Passion is very special to me. Of course I automatically compare it with the St. Matthew Passion, how could I not? On one hand they have the same subject, on the other hand they are so far apart energetically. Take my alto part. In the St. John Passion I sing twice: therefore the two moments to reach the audience with my individual voice have to be spot on. If one succeeds to find the right energy in Es ist vollbracht, together with the Gamba, you can feel that immediately in the room. Something magical happens. The entire group musicians and the audience together are one organism that is filled with humility.

What does the St. John mean to you in this Corona period?

Lauren - During Covid Pandemic Bachvereniging changed their usual St Matthew Passion tour for St John in the hope that it could still go ahead. Sadly as no concerts were allowed, we just got to perform it once for television. But I felt immensely grateful to be able to sing at a time when so many choristers around the world have not been able to sing together for more than a year.

Stephan - A fellow singer at my first Saint John’s told me how he always hears a kind of apocalytic whirlwind in the opening chorus. I’m sure this impression will resonate with more listeners now. On the lighter side, it will be a big pleasure to finally make music with others again after the long lockdowns.

Pieter - To me it seems like a good time to perform a Passion in June, especially because of Corona. It is a symbolic period: we are looking back to a period of suffering and insecurity. At the same time we saw how ‘the people’ were swung between confidence in authority figures and going along in conspiracy theories. Quite intense. I think it makes sense to stop and relax before a bustling summer. A universal story with equally universal music. To welcome better times in good spirit.

At what age did you start singing?

Lauren - As far back as I can remember, I have always been singing and choral singing in particular has always been a big part of my life. I can quite honestly say that if it wasn't for choirs, I wouldn't be here, because my parents actually met when they were both singing in a choral society. I went to an All Girl's school where there was lots of music. We sung hymns in assembly and had choir practises in the lunch breaks and after school. We had big Choral Festivals where choirs from different school competed against each other. But in the end it didn't matter who won because we all could enjoy each other's performances. In my last years at school I also conducted the Junior Choir. I sang in the NZ Secondary Schools Choir and later in the NZ Youth Choir and with them I spent almost every school and university holidays rehearsing and performing. With both groups I got to travel overseas, including to Hawaii, America and Europe where we won The Choir of the World Competition in Llangollen, Wales in 1999. It was while away on that tour that I decided I wanted to study singing and then 2 years later I moved to The Hague. In 2002-2004 I was a member of the World Youth Choir and World Chamber Choir and so I have friends living all over the world! I love being a soloist, however I'm pleased that I still get to sing choral music when I perform with Netherlands Bach Society and Netherlands Chamber Choir.

Stephan - Ever since I was a small child I was always singing together with my family members, especially my grandmother. But it took me many, many years to take my first classical singing lesson at the age of 21. After that, I was sold. I applied for the conservatory a year-and-a-half later.

Pieter - Everything started when I was 10 years old. In the village where I grew up, my father founded a children’s choir in that time. Soon I turned out to be the cliché choirboy with the angelvoice for the next couple of years. And so it happened. Several years later my voice broke, but at the same time I discovered Händel, Bach, Purcell and then superstar Andreas Scholl. Because of this I kept singing high and joined the world of old music.

June 26 the ACVA presents a special performance with the St John Passion. You may enjoy a live stream in 360 degrees, directly connected with the  Nieuwe Kerk in The Hague.
You can deside for yourself what part of the choir or orchestra you want to see!

View our teaser! This is what the choir has to say.